Since the defeat of the United States on the Vietnam War, the relations between the two countries were minimal until 1995, when diplomatic relations were re-established. The rise of China as an important actor in East Asia has captured the attention of Obama’s administration, which considers the Asia-Pacific region as a geostrategic priority for the United States.
This situation has led to a policy shift, and the U.S has led efforts toward the strengthening of the relations with Vietnam, as a strategy to counterbalance the hegemony of China in the region and to maintain its influence in the East of Asia Obama’s administration has encouraged Vietnam to be a full partner in the ongoing Trans-Pacific Partnership negotiation (TPP), has given higher priority to cleaning the sites contaminated by Agent Orange, has helped Vietnam in the dispute of waters and islands in the South China Sea, and both countries have signed a new agreement on civilian nuclear cooperation and non-proliferation cooperation (Manyin, 2013).

Download data is not yet available.
Abstract 537 | PDF Downloads 356

Engst, F. (2011). The Rise of China and its Implications. University of International Business and Economics, Beijing.

Office of the Press Secretary. (2013, July 25). The White House. Retrieved February 4, 2014, from Joint Statement by President Barack Obama of the United States of America and President Truong Tan Sang of the Socialist Republic of Vietnam 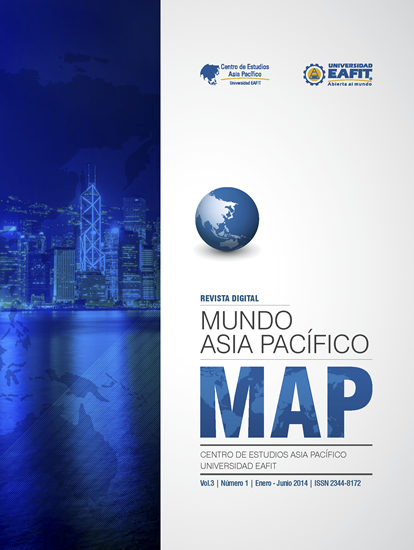