The creation of the Asian Infrastructure and Investment Bank (AIIB) was one of the lasts movements that confirmed the new found place of People’s Republic of China not only as major exporter, but as a new pillar of the world economy. This instalment comes at a time where Asia and other powers come to terms not only of trove of opportunity out of incredibly robust economic ties, but the anxiousness from facing a new found rival for other powers, or the revival of old disputes in the eyes of neighbours. Beijing has ensured that its dominance upon the bank’s structure and decisions since this bodies often need a major power as guarantor of its functionality. Plus, other similar institutions have been relatively successful but no immune to criticisms and risks like decision-making deadlock out of diverging interests from constituents. To prevent this, the AIIB must be able to produce tangible results, grant a membership worthy of being universal, develop a set of core specific policies and prove to be able to adapt in wake of a traumatic situation. Despite of this, the bank has been in existence for little over a year and the fulfillment of the prior challenges remains to be seen.

Download data is not yet available.
Abstract 389 | PDF (Español) Downloads 385 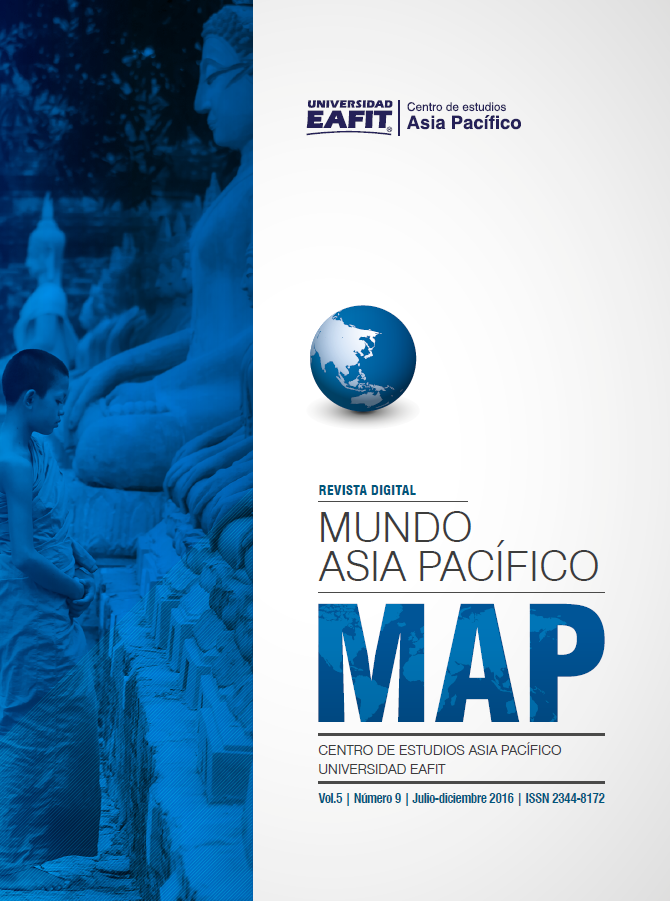