The purpose of this paper is to present an overview of the Chinese cities where unicorn firms are proliferating as well as the sectors they are concen- trated in. Unicorn firms are privately held startup companies with a valuation over one billion US dollars. In 2018, 260 unicorn firms exist worldwide, 76 live in China meanwhile the United States of America has 121, a front where the trade war between the two global superpowers is also being fought. China has had remarkable progress on this matter. In 2009 only two Chinese unicorns existed, now China ́s unicorn firms represent nearly 30% of the total unicorns, from 2017 to 2018, 16 new unicorns have arisen.

The authors tracked 76 Chinese unicorn firms, their valuation, performan- ce, the date they joined the unicorn club, their industry and their investors. This study found that Chinese Unicorns are mostly concentrated in the following sectors: 15 firms in e-commerce/Marketplace, six firms in Ed Tech, six in Fin- tech all the other categories have either one or two firms in the list. From top down, these are the Chinese cities with more unicorn firms: Beijing, Shanghai, Hangzhou, Shenzhen, Guangzhou, Nanjing, Suzhou, and Tianjin. Hong Kong, Macao and Taiwan still don ́t have unicorn firms in their territories.

Download data is not yet available.
Abstract 612 | PDF Downloads 460 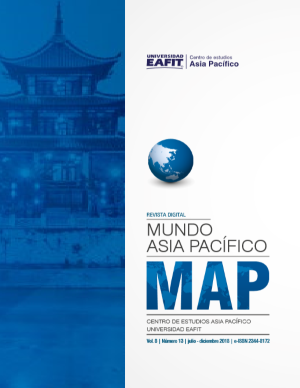