The competitive arena in which companies move today has formed due to a historical process in which human societies have lived through various transformations in their economic formation. In this way, one of the characteristics of today’s competitive context is the passage from a substantive economy to an archaic economy which will ﬁ nally settle into an economy of highly complex markets. In this sense, humanity has developed all of its capacity in the construction of a “material world” in which it must survive and lead its lives.

Download data is not yet available.
Abstract 377 | PDF (Español) Downloads 569 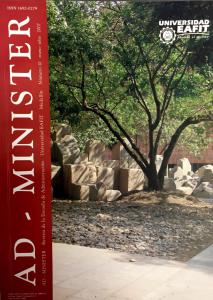 Issue
No 10 (2007)
Section
Research Articles
Supporting Agencies
Authors who publish with this journal agree to the following terms: