This study provides evidence that part of the spectacular price increase of the Colombian Stock Market in the last five years corresponds to a speculative bubble. Since early 2004, the estimated return for the Colombian stock index in the long term is just 0% to 2% annually over the return of the 10 year-TES (Colombian government bond). This analysis is based on the Gordon model and tolerates reasonable adjustments in the assumptions. Additionally, we examined alternative explanations to the dramatic rise in prices over the last five years, but found them inconsistent with the evidence. On the contrary, we found evidence of speculative trading by local individuals, institutions and foreign investors.  Overall, the results of this paper suggest that speculation, as opposed to long-term investment, has been the pervasive force on the Colombian Stock Market over the last 10 years, as asserted by Vélez-Pareja (1999).

Download data is not yet available.
Abstract 568 | PDF (Español) Downloads 892 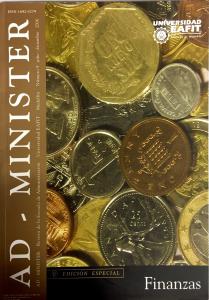